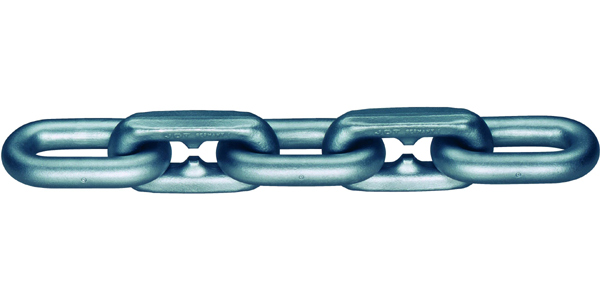 Command chaining is a concept to execute two or more commands in one execution to increase.

These are supported by almost every shell we know.

Today we will learn how to use different command chaining operators available for us in an easy way.

& – Runs a command in the background

This operator is useful to send a process/script/command to background, so that we can execute other commands in foreground to increase effective utilization of system resources and to speed up the script execution. This is also called as Child process creation or forking in other programming languages.

Example 1: Run commands in the background

Example 2: Run more commands in the background in single line $

Above commands are run in the background parallel independent of other commands. Like this, we can run many commands parallel.

Example 3: Execute ls, pwd, whoami commands in one line sequentially one after the other.

Example 4: Run a bash shell script IF statement in one command

Actually this a big command, but we divided this to multiple lines to make it look good and understandable by users.

This operator let us you execute second command, if the first command runs successfully i.e exit status is zero. This is very much useful to check the success status of first command. For example, I want to connect to abc.com before connecting I want to check if that machine is ping-able or not. This is a kind of “if statement” in Shell scripting.

Example 9: Connect to a machine only if it is able to ping otherwise do not execute connect command.

Example 10: Assign a value to variable if it’s not set.

Example 11: Check if a folder exists or not. If it’s not present, create it.

Example 12: Create folder, if the folder creation is successful, then only change the directory.

Like this, you can use your imagination to use this operator effectively to save valuable time.

This operator let us you execute second command, if the first command fails i.e exit status is greater than zero of first command. This operation is equivalent to else statement. This is very much useful to check the failed status of first command. For example, I want to create a folder, but before that I want to check if folder exit’s or not. If it’s not exists, then create it.

Example 14: Create a folder if the folder does not exit’s.

Example 15: Ping to a machine and let users know if it’s not reachable in a meaning full way.

We can use && and || to simulate if-else statement within one line. If the first command executed successfully we can execute second command otherwise we will execute third command.

Example 16: ping google.com, and display useful information to user if it is ping-able or not.

Example 17: Check if a file exists or not. If it exists inform user it exists otherwise create it.

Example 18: Check if my the previous command executed successfully or not pwd /home/surendra

Update: A follower (Flatcap) of this blog suggested below examples for this operator. This operator is very much handy when you want to delete or move all the files expect .txt files we can use this operator.

Example 19: Remove all the files, which are not a .doc file.

The above rm command have some disadvantage, if we have great number of file extensions (Like 10s) we have to enter all of them and with above command we are using total four commands to accomplish our task. So at this point we should use ! operator for removing all the files expect .doc files as shown below.

Note: If the above command do not work enable glob option with shopt command.

Example 20: Move all the files expect .doc files to /opt

Example 21: Copy all the files expect pdf files to /opt/all

This is a known operator for many people, this operator is used to send output of first command as an input to second command.

Example 22: Count no of files/folder located in a folder

Example 23: Display all the partition names in the system.

This operator used to combine two or more commands to be executed depending on the the previous command. This can be explained with an example Suppose I want to check if a file exists or not. If it does not exists, we have to display error, then we have to create it. Let us do that without this {} operator

Example 24: Check if /opt/abc.txt exists or not?

Note: Make sure that you give ; operator at the end of last command and space between two braces as shown in above examples. This is mandatory and without it you may get error.

Example 25: Ping to a machine, if we are able to ping display some useful info, then try to connect to it using ssh.

This operator is useful to execute command in precedence order, which command to execute first. For example, see below example

Let us see what we did in a quick overview with below table.

In this way we can save some valuable time. Please comment your thoughts on this.

What are inodes in linux?